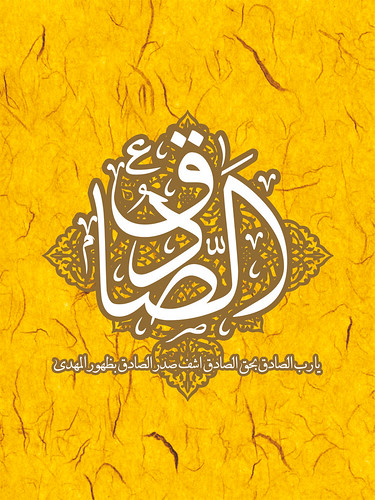 A number of traditions have been narrated from the Holy Prophet (s.a.w. a.) of Islam and the truthful Imams of Ahle-bayt (a.s.), regarding the uprising of Qaem-al-Mahdi towards the end of this world and his overthrowing the unjust and tyrant rulers and filling the earth with justice and fair play. Hence the unjust Abbasi caliphs were very much afraid of the uprising of Qaem al Mahdi, They utilized their entire resources to finish him. Ten years before the birth of Hazrat Mahdi (ATFS), the then caliph called his grandfather Imam Ali Naqi (a.s.) from Medina to capital Samarrah so that a close watch can be made on his family. In the time of Imam Hasan Askari (a.s.), the spies of the government in the forms of doctors midwives and hawkers kept a close watch that if Mahdi-e-Mawood is born he may be immediately killed. Under these circumstances it was clear that the birth of Imam al Mahdi will be a concealed one like the birth of Hazrat Ibraheem (a.s.) and Hazrat Moosa (a.s.).
The concealed birth of Imam al Mahdi (a.s.) was taken by some people that he is not born rather he will be born later. We would like to produce certain arguments as evidences to show that Imam al Mahdi (a.s.) is already born.
1-A lots of traditions have been narrated by the Holy Prophet of Islam and Ahlul-bait (a.s.) that “Hazrat Qaem” is the ninth son of Imam Hussain (a.s.), eight son of Imam Zainul Abedeen (a.s.)———–and the son of Imam Hasan Askari (a.s.) These types of glad tidings are in plenty. These traditions have been recorded by Shia and Sunni scholars alike in their books and for the truthfulness of these traditions we can, without an iota of doubt say that Imam al Mahdi is already born otherwise their sayings would be counted as false.
2-Imam Hasan Askari himself has said to an Alawi Sayed, Mohammad bin Ali Hamz, “Waliya-e-Khuda and my successor was born on the dawn of 15th Shabaan 255 Hijri”.
3-Imam Hasan Askari (a.s.) has showed his son Hazrat Hujjat to many of his servants and trusted followers (who are sure not to give the message to the Abbasi Caliph) and they have given witness to the birth of Hazrat-e-Mahdi (a.s.).