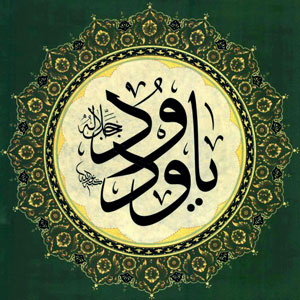 It has been mentioned regarding the academic pursuits of Sheikh Ansari (r.a.) that he had learnt Quran by the age of five and had proceeded to the learning and mastery of various other sciences. These included Arabic grammar, syntax and language, logic and theology and other intellectual sciences. After this, he concentrated on Usul and Fiqh till he attained the position of Ijtehad (Jurisprudence) at the mere age of 16 years. His personality left an indelible mark on the scholarly community which is apparent even today. We find numerous recorded incidents that give us a glimpse into his illustrious personality. We briefly describe some of these.
His teacher Sheikh Ali (a.r.), the son of the renowned Sheikh Ja’far Kashiful Ghita (a.r.) says regarding him:
The hearing of a thing is greater than it’s seeing except your Sheikh, Sheikh Murtaza, because seeing him is superior to what has been described regarding him.
(Fuqaha-e-Namdar-e-Shia, p. 329; Shakshiyat-e-Shaikh Ansari, p. 4)
Marhoom Hajj Mirza Habibulah Rashti (a.r.) enjoyed a position of eminence among the numerous students of Sheikh Murtaza (a.r.) who had reached the level of Ijtehad. He used to explain the teachings of the Sheikh to others students after the completion of his lecture. His says regarding his teacher:
He (Sheikh Murtaza) was close to the position of infallibility in his knowledge and actions.
(Bidaeyul Afkaar, p. 457)
Several signs originating from him have been recorded in the books.
Contact with Imam Zamana (a.s.)
As has been described herein above, the life of Sheikh Murtaza Ansari has been a litany of perpetual service to Imam-e-Zamaana (a.t.f.s.) till it reached a position of such excellence that his character was a collection of virtuosity in body and soul.
He fulfilled the responsibilities of the age of occultation, garnered the satisfaction of Imam-e-Zamaana (a.t.f.s.). It was purity of his soul, sincerity of action, the fervor of his religious obligations and his earnest affection for the Imams (a.s.) that he acquired the honorable stature of meeting Imam-e-Asr (a.s.). Marhoom Sheikh Mahmoud Iraqi (a.r.), his student, enumerates him among the list of eminent dignitaries who have presented themselves before Imam-e-Zamaana (a.t.f.s.). He has mentioned concerning Shiekh Ansari (a.r.):
“The seventh of them is our great Sheikh, honourable teacher and respected authority – As-Sheikh Murtaza al-Tustari al-Ansari the chaste soul.”
There have been many events documented concerning the meeting of Sheikh Murtaza (a.r.) with Imam-e-Zamaana (a.s.). We mention only two incidents herein.
Incident 1