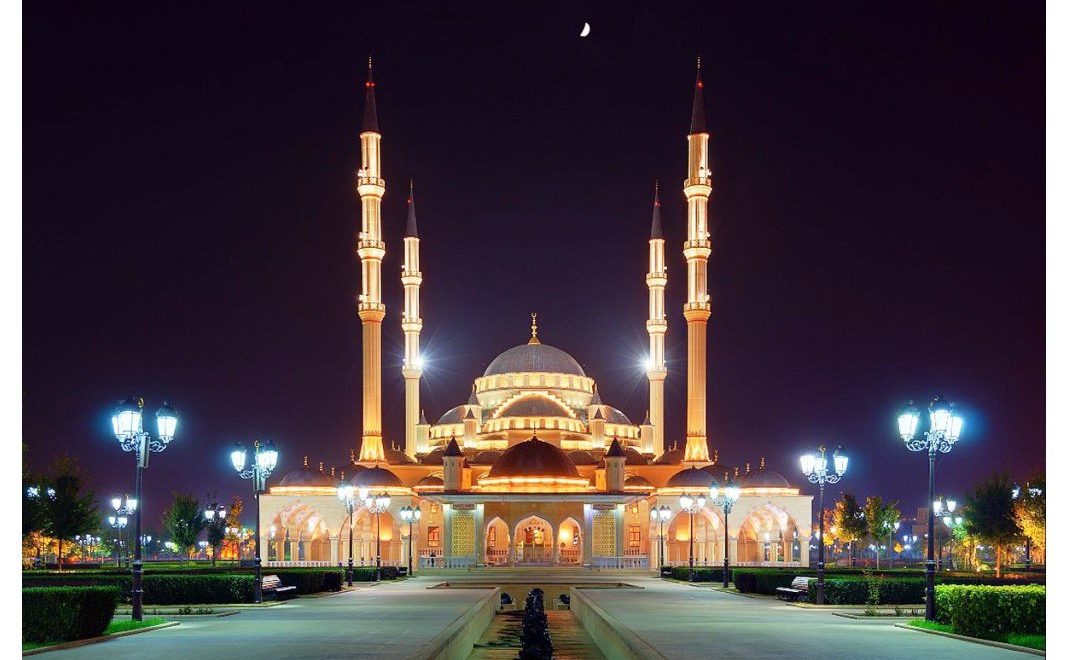 returned and began looking for him in the neighborhood of the shrine. But he was nowhere to be found. I came back to the portico and moved towards the Cellar, where to my relief I found that the doors were open. I began descending the stairs of the cellar quietly. As I entered the Cellar, I heard muffled sounds of conversation, though I could not figure out what the conversation was about.
Even as I descended a few more stairs, when Allamah suddenly raised his voice from the place where he was seated:
“O Sayyed Murtuza what are you doing here? Why did you leave home?”
I was terrified to hear the rebuke of Allamah and stood frozen where I was standing. I thought of returning before giving a reply. On second thoughts, I decided to stay put, as I knew that I could not hide myself when Allamah has already recognized me.
Subsequently, I apologized and came down from the stairs. I saw Allamah was standing alone facing Qibla. There was none else in the Cellar. It was evident that Allamah was in conversation with our Hidden Imam (a.s.)”
(Najmus Saqib, pg. 256; Jannatul Mawa, pg. 228; Darus Salaam of Noori, Vol. 2, pg. 211; Muntahal Aamaal, Vol. 2, pg. 475- 476)

When Allamah kissed the hands of Imam-e-Zamana (a.t.f.s.)
The great scholar Akhund Mulla Zainul Abedin Salmaasi (r.a.) who happened to be with Allamah in Mecca says:
“Despite being away from his city and separate from his family, Allamah was a large hearted man. Due to his unabated generosity and kindness, he had nothing left for himself. Incidentally, I went to him on that day as I had nothing for the expenses. I informed him of the situation. However, Allamah remained unresponsive.
Allamah had a habit of going for a circumambulation (tawaf) of Holy Kaaba every morning after which he went to his private chambers. In the meanwhile, I used to bring the smoking pipe for him and he partook it. Then he used to visit other rooms where students from other sects were waiting for the lessons. Allamah used to teach every group according to the tenets of their own sect.
The day after I sought financial help from Allamah as per the routine, I brought the smoking pipe for him after the tawaf. Suddenly someone knocked at the door. The knock made him extremely restless. Allamah handed the smoking pipe back to me and said you may leave and take this with you. After that Allamah rushed to answer the door.
As the door opened, I saw a dignified man dressed in Arabian attire entered and took seat in Allamah’s room. While Allamah sat near the door with utmost reverence and humility. He also indicated to me that I should not bring the smoking pipe near him.
They both sat for a while and conversed. The dignified Arab rose to leave, Allamah too hurriedly stood up with him and opened the door for him. At the door, Allamah kissed the hands of the Arab and helped him mount his horse which was tied outside the door. The Arab departed. Allamah returned and came to me with a note in his hands. He instructed me to give it to the money exchanger near the mount of Safa and tell him that the amount is written in the note.
I carried the note to the money dealer at Safa. The dealer saw the note, kissed it and touched it to his eyes. Turning towards me, he asked me to get four workers. I got four porters. The dealer looked at the men and as per their physical strength filled French Francs (which was the local currency in those days) in the sacks and loaded on their shoulder. Each Franc was equivalent to five Iranian Qiraan (Qiraan was in currency before Riyal). The men carried the sacks to my house.
One day I decided to check out the dealer. As I reached the mountain of Safa, I found that neither the shop existed nor the dealer. Then I enquired from the neighboring shopkeepers about the shop. The shopkeepers told me that such a dealer or an exchange shop was never there on that spot. I was convinced that it will remain a divine mystery.”
(Dar Intezaare Khurshide Vilayat, pg. 147)
The mourning for Imam Husain (a.s.) A great scholar narrated an incident thus: “In 1333 A H when I was studying in Najaf, I traveled to Karbala on foot along with some scholars. When we reached Taviraj, which is at a distance of four farsakh from Karbala, one of the scholars told me that on the day of Ashura, groups of people leave this place for Karbala. Often they are accompanied by some scholars, at times even Marjae Taqleed follow them. They all beat their chest with enthusiasm and sincerely mourn Imam Husain (a.s.). On one such Ashura when I was passing through Taviraj, I happened to spot a Marjae Taqleed who joined the group and with utmost emotions, he was beating his chest hard and was also weeping.
I approached the Marja and inquired, ‘Do you have any religious sanction for this action of yours?’ The Marja replied: Late Allamah Bahrul Uloom (r.a.) along with some students was passing through Taviraj for Karbala. When suddenly, the students saw that Bahrul Uloom who despite having such an esteemed position, disregarded his status, unbuttoned his shirt like others and began beating his chest vigorously.
The students tried their best to control Allamah’s emotions but they failed in calming him down. Then they all made a protective circle around Allamah.
After the maatam some of Allamah’s close friends asked him as to what happened that he plunged himself in uncontrolled mourning.
Allamah replied that, “When I went close to the group of mourners, I spotted Imam-e-Zamana (a.t.f.s.) whose head was uncovered and he was profusely crying and doing Maatam. At this I lost control over myself and joined Imam-e-Zamana (a.t.f.s.) in mourning and maatam on Imam Husain (a.s.).”
The demise Allamah spent his entire life awaiting Imam-e-Zamana (a.t.f.s.) and searching for him. He expired in 1212 A.H. As per the will of Allamah, Mirza Mahdi Shahrastani led his funeral prayers and he was buried next to the shrine of Shaikh Tusi (r.a.).
It is mentioned in the book Fawaaedur Rejaliyah:
“When this great scholar and jurist was being buried, those present heard a call,“Your grave is among those graves which carries the knowledge of the prophets from Nuh (a.s.) till the end.”Your life was spent in the revival of Islam and with your death, knowledge and honor too died.”