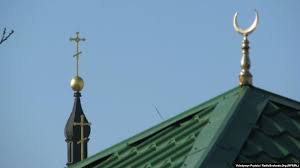 When Mirza promised that he would be steadfast in keeping the secret, then Allamah began his narration. “It happened one fine evening in Masjid Kufa when Hazrat Wali Asr (a.t.f.s.) embraced me.”
Mirza was taken aback at the revelation. Not able to hold back his curiosity, he asked
“How come?”
“One evening I saw my Master Hazrat Wali Asr (a.t.f.s.) busy in prayers in Masjid-e- Kufa. I approached him and saluted him. He replied to my salutations and asked me to come closer. I went closer. He said come further close to me. I went closer to him. I managed to inch nearer to him. He said come close.” Allamah continued, “I went so close to him that he embraced me and hugged me tightly. After that whatever Allah wished it got transferred to my heart.”
The eminent scholars and researchers were pleasantly surprised by the divinely blessed knowledge of Bahrul Uloom which was directly bestowed on him by none other than Hazrat Imam-e-Zamana (a.t.f.s.). Allamah stayed in Mashad for seven years. Once he visited the martyred teacher Mirza Mahdi Isfahani (r.a.).
The eminent teacher was left speechless and astonished with Allamah’s indepth knowledge and command over the subjects. It was then that he addressed him thus:
“Certainly thou art the ocean of knowledge”.
The author of Rauzaatul Jannaat, Ayatullah al Uzma Meer Sayed Mohammad Baqir Khwansaari (r.a.), who is enumerated among the top scholars, writes about Allamah’s title of Bahrul Uloom:
“It is sufficient for the prestige of Sayed that none before him or after him will be honored with the title of Bahrul Uloom.”