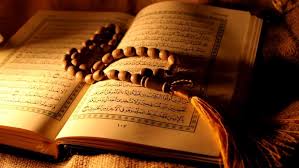 Aga Mir Sayyed Muhammad Bahbahaani narrates through a student of the Sheikh. It was midnight in Karbala and I came out for a bath (in the Hammam). I had a lamp in my hand to dispel the darkness. I saw a man in the distance and recognized him to be Sheikh Ansari (a.r.). As I drew closer. I was perplexed: Where was the Sheikh, who incidentally had a weak eyesight, going in such pitch darkness Carefully, I followed him. He stopped near a house and was reading the Ziyarat Jami’a at the doorstep. He entered on completion of the Ziyarat. Though I could not observe anything more, but I heard the voice of the Sheikh conversing with somebody. Then, I went to the Hammam and later performed the Ziyarat of the sacred Mausoleum. On return I presented myself before Shaikh Murtaza Ansari (a.r.) and asked him about the said night. He refused initially and after much insistence answered:
“I got permission to present myself before Imam -e-Asr (a.t.f.s.) and recited Ziyarat-e-Jameah at the corner of that house. I sought permission again and presented myself in his (a.s.) esteemed presence. I asked him some important questions to which he (a.s.) replied.”
After this the Shaikh took a covenant from me that I shall not disclose this to anyone till he is alive.
(Zindagaani wa Shaksiyat Shaikh Murtaza Ansari, p. 106, Inayat Hazrat Mahdi-e-Mawo’od be Ulema wa Maraaje’ Taqleed, p. 87)
Incident 2
We can find another interesting incident in the life of Shaikh Murtaza Ansari (r.a.). When Ayatullah al Uzma Haaj Shaikh Muhammad Hasan Najafi, the author of Jawaharul Kalaam (r.a.) left for his heavenly abode, people approached Shaikh Murtaza Ansari (r.a.), asking him to assume the responsibilities of the Marje’ Taqleed and sought Tauzeehul Masael from him. However, Shaikh Murtaza Ansari (r.a.) refused saying he will not accept Marjeyyat when Sayyadul Ulema Mazandarani (a.r.) who is more knowledgeable than him is alive and stays in Babylon.
Shaikh Murtaza Ansari (r.a.) wrote a letter to Sayyadul Ulema and requested him to come to Najaf and assume the office of Hauz-e-Ilmiyyah. In reply Sayyadul Ulema wrote:
“It is true that during my days in Najaf I debated with you and was better versed in fiqh than you. However I have left Najaf for a long period during which I have been unable to continue teaching and learning. I have also left debating and discussing. On this basis I find you more knowledgeable than me and request you to accept Marjeyyat.”
Shaikh Murtaza Ansari (r.a.), however did not yet accept Marjeyyat and said that he does not deem himself to be worthy of such a position. He said he will accept the Marjeyyat only when Imam Mahdi (a.t.f.s.) grants him the permission to do so.
One day as per the routine Shaikh Murtaza Ansari (r.a.) was with his students when an illustrious person entered. Nobility and dignity were reflecting from his face. He addressed Shaikh Murtaza Ansari (r.a.) asking:
What is your opinion about a lady whose husband has been transformed (Maskh) (This problem has not been explained in any book because Maskh is not found in this nation).
Shaikh Murtaza Ansari (r.a.) replied: Since this problem has not been discussed in the books of Jurisprudence I cannot answer this question.
The person inquired:
Let us assume that such an event takes place in this nation. What would be your opinion regarding this
Shaikh Murtaza Ansari (r.a.) replied: My opinion (Fatwa) is that the lady should undergo Iddah-e-Talaaq (Iddah of Divorce) if her husband is transformed into a living being because he is still alive, after which she can remarry. However if her husband is transformed into a non-living thing then she must undergo Iddah-e-Wafaat (Iddah of death) after which she is free to remarry.
The person said the following sentence thrice:
You are a Mujtahid .. You are a Mujtahid.. You are a Mujtahid.
Saying this the person left the place. Shaikh Murtaza Ansari (r.a.) knew that the person was none other than Imam-e-Asr (a.t.f.s.) who had granted him the permission to be a Jurisprudent. He immediately sent his students in search of that person. The students tried to find him but in vain. After this event Shaikh Murtaza Ansari (r.a.) accepted to be a jurist so that people can follow him.
(Narrated from the book Ganjeena Danish Mandaaan, Vol.
These events clearly bring out the fact that during occultation Jurists receive special favours from Imam Mahdi (a.t.f.s.).
His Writings Among the books that Shaikh Murtaza Ansari (r.a.) authored, many are today the foundations of discussions and learning at the Hauz-e-Ilmiyyah. His books about Jurisprudence and Principles of Fiqh are frequently referred to by the students. We shall mention a few of them for the sake of brevity.
1. Al Ijtehad wa Taqleed
2. Usulul Fiqh
3. Taqleed al Mayyit wa A’alam
4. Al Taqayyah
5. Al Hashiyah Ala Qawaneen al Usul
6. Al Khums
7. Manasik-e-Hajj
8. Salatul Jama’ah
9. Al Ghasb
10. Al Fawaid al Usuliyyah
11. Al Muta’a
12. Al Makaasib
13. Al Nikaah
14. Al Wasiyyah wa Ahkamoha
15. Faraidul Usul (Rasaael)
His demise After illuminating the horizon of Islamic Jurisprudence for several years Shaikh Murtaza Ansari (r.a.) answered the divine call and left for his heavenly abode on Sunday night 18th Jamadiul Aakhir at the age of 67 years.
Surely to Allah we belong and to Him shall we return.
He is definitely among those intended in the following tradition
The death of a scholar leaves Islam with such a vacuum which cannot be filled with any thing till the day of resurrection.
His friends and students buried his holy body in the courtyard of Ameerul Momeneen’s (a.s.) shrine in Najaf.
In the end we beseech Allah to give us the good fortune to tread the footsteps of Ahle Bait (a.s.), O Allah! Hasten the reappearance of Hazrat Imam-e-Zamaana (a.t.f.s.) and include us among his helpers.