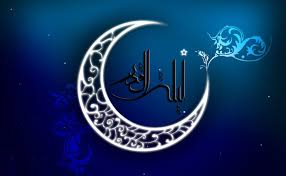 Sayyed b. Taoos (r.a.) was extremely conscious of his family history, about which he has written with great reverence. And rightfully so – since, on his father’s side, his family roots reach Imam Hasan (a.s.) and from his mother’s side, they reach Imam Husain (a.s.). It is due to this distinction that some scholars have addressed him as “Zul Hasanain”.
Sayyed Ibne Taoos (r.a.) writes, ‘Allah, the Lord of the Worlds, bestowed my family and forefathers with respect, nobility, knowledge and eminence. He made them trustworthy in the eyes of the people. People praised them and held them in high regard. Even today people acknowledge their greatness and dignity. Every person is desirous of having a family tree like ours. However, from the aspect of genealogy, I find no family better than mine.’
(Al Istafa, Rauzaatul Jannat, vol. 2, pg. 270)
Sayyed Ibne Taoos (r.a.) and the station of spirituality
When the soul and heart of man frees itself from the veils of darkness and sin, and treads the path of Allah’s Worship, it acquires the capacity of kindling the light of guidance in itself. This spiritual awakening illuminates the hearts of the pious believers. Sayyed Ibne Taoos (r.a.) had reached such heights of spiritual purity that he was able to establish a spiritual relation with the Imam of the Age (a.t.f.s.). Such was his position that scholars have expressly acknowledged his extraordinary characteristics.
Sayyed Ibne Taoos (r.a.), while completing his book writes, ‘I hereby complete my book which is a collection of those authentic supplications, which Allah inspired me through certain special occasions.’
(Mohajj al-Da’waat, pg. 400, 413)
The author of Rauzaatul Jannaat writes, ‘The supplications and Ziayaraat (Salutations) which are narrated by Sayyed Ibne Taoos (r.a.) are very similar to those narrated by the infallible Imams (a.s.). In Misbaah al-Zaaer, he has narrated duties and actions for the pious while visiting Masjid-e-Kufa and other holy places. We do not find these mentioned in the books of any other scholar. In this regard Sayyed