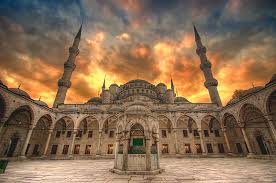 The Christians have also misinterpreted the meaning of this verse and have misconstrued the meaning of saviour as Hazrat Isa (A.S.)
(i.e. Jesus Christ) rather than someone else.
Even if we assume just for the sake of argument that these verses are regarding Hazrat Isa (A.S.) then maximum it can be interpreted as his advent after Hazrat Mahdi’s (A.S.) reappearance. And this world will achieve salvation at the hands of these two great personalities.
Hence according to the Islamic traditions, after his reappearance, Hazrat Mahdi (A.S.) will lead the prayers while Hazrat Isa (A.S.) will pray behind him. Hence it can be concluded that almost all the religions, whether divinely or earthly, believe in the advent of a saviour.
The rays of this belief can be found even amongst the Hindus, Chinese and Egyptians. If all such excerpts are collected at one place then it would become like a detailed compilation. Hence we suf-fice our discussion with the above stated excerpts and raise our hands praying to Allah that:
“0 Lord! Hasten the advent of the promised saviour and make it known to the world that he is none but Mohammad bin AI-Hasan AI-Askari (A.S.).”