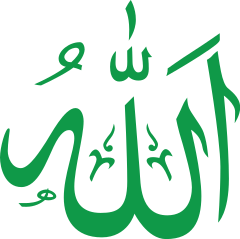 The Saviour of Mankind:
The majority of the world’s religions irrespec¬tive of their being divine or earthly, believe in the advent of a ‘Saviour’. The spiritual leaders of different religions have discussed and debated on this subject. A Saviour is described as deliverer of the mankind, who will appear in the ultimate era of the world, fill this earth with justice and equity as it would be filled with tyranny and oppression, eradicate deviation and ignorance and disseminate monotheism and justice. Such ideas can be found in various religions and in their books, one can even find the various attributes and characteristics of the saviour. One thing becomes very clear that the belief in a saviour is based on instinct and every man wishes that the world should rather culminatein goodness instead of having an evil ending. Follow¬ing are some of the excerpts from the ancient religions about the saviour :
Zorastrianism And Belief In Saviour:
Zoroastrianism or Dualism is regarded as an ancient religion. It is known through discussions and extracts from letters that one of the significant prin¬ciples of this religion is the belief in a ‘Saviour who will defeat ‘Ahreman’ (devil) after his reappearance and will lead the world towards the light (Nur). Even in the renowned book of ‘Zend’ the conflict of ‘Ahreman’ and Yazdan is narrated as follows :
” Then Yazdan will achieve a great triumph and Ahreman will be annihilated —-. The world will receive it’s virtual salvation after the victory of Yaz¬dan and with the elimination and destruction of Ahreman the sons of Adam will recline on the thrown of virtues.”
In this excerpt the triumph of Yazd or the saviour is regarded as the success of humanity.
Another celebrated hook of Zoroastrians, ‘Jamasab Namah’ which is written by Zoroaster himself, explains the same thing in the following manner :¬
“A man will rise from the land of Taziu (Arabia) —— who will have a flowing mane, tough physique, will reconstruct the lofty ideals, march towards Iran, civilize it, inhabit it and will fill the earth with justice and equity.”
If we browse through ‘Avesta’ while keeping these things in mind, then we find that the conqueror of the world is named as ‘Sushiyant’. He will be the last conqueror of the world who will purge and establish purity in the world.”(The Lexicon of Avesta, Part II Yashtaha, Pg. 226 and Sushyans, Pg.16).
“We appreciate chaste men and extol chaste women – We honor every strength and power and regard it in high esteem, from Kiumars to the con¬queror of Sushiyant.”