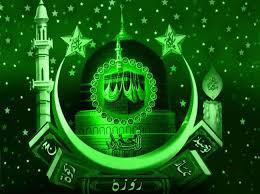 The status and position of a believer before his Imam (a.t.f.s.) is equal to the importance and prominence accorded by the believer to his Imam (a.t.f.s.).’
(Kamaaluddin, vol. 2, pg. 400)
The reality of human existence can be grasped from the subtlety of the soul that Allah created as perfect, pure and free from all blemishes. The creation of this soul is such that on the one hand, equipped with the capacity for guidance and training; it possesses the potential to scale the highest peaks of spiritual perfection. On the other hand, it is equally vulnerable to plunge into the depths of degradation and misery through sins and transgression.
If this very essence of man, the soul, follows the path of self-purification, advancing along the path illuminated by the teachings of the Holy Quran and seeks guidance from the traditions of Ahle Bait (a.s.), it will attain success in this world and the hereafter. Perhaps, its most commendable success will be the achievement of the pleasure and satisfaction of Allah the Almighty. However, if it turns away from this path, it will be condemned to deprivation, shackled by darkness and corruption. One must remember that it is only the presence of a living soul that grants life to this body.

In this transient world, we are presented with two contrasting examples. On one hand we have the example of those who followed their desires, the pleasure seekers of this world; those who traversed the perverted path laid down by Bani Umayyah; the likes of Abu Jahl, Amr b. Aas, Umar b. Saad, Hajjaj b. Yusuf, the accursed Yazid and the corrupt scholars, who supported and encouraged them.
On the other hand, we are also introduced to the illustrious lives of the members of Bani Hashim and who followed their footsteps – Janabe Abdul Muttalib (r.a.), Janabe Abu Talib (r.a.), Janabe Salman (r.a.), Meesam (r.a.), Kumayl (r.a.) and pious scholars who treaded the path outlined by them.
In this short treatise, we are pleased to present the name of one such scholar who lived his life in the shadow of piety, knowledge of the Holy Quran and recognition of the Ahle Bait (a.s.). He set such high standards in the love and affection for the Imam of his Age (a.t.f.s.) that the latter (a.t.f.s.) addressed him as his son. This pious son of the Imam was Razi Al Deen Ali Sayyed b. Taoos (r.a.).
The Family of Sayyed Ibne Taoos (r.a.)